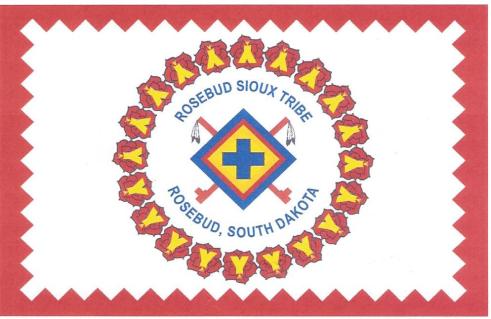 I am a tribal employee. Before I was hired in my present position, I served on the tribal grievance committee. I’ve also served on many other tribal boards, committees and commissions. As a journalist, I sat in on many tribal council and committee meetings. Thus, I’ve studied how tribal personnel issues are handled from many angles. Unfortunately, I’ve witnessed countless instances of excellent employees losing their jobs over petty politics.

When you are employed at a job on your own reservation, you often find you have a difficult time. That is, things can get political really fast when you are a tribal employee. In many instances, good workers are treated unfairly due to corruption and the destructive nature of tribal politics. Oftentimes, employees are fired when they attempt to do the right thing by reporting the wrongdoing of a supervisor or co-worker.

There are also many times when tribal employees have had their rights blatantly violated on Rosebud. Yet, nothing seems to be done about the wrongs committed by people in power. When employees are treated unfairly, perhaps even wrongfully terminated from a job, they are often completely ignored by the people charged with the responsibility to make the situation right.

It’s no fun when you’re frustrated over a situation beyond your control. People who are wronged by tribal directors, or elected officials, sometimes just give up seeking justice for their situation. I don’t blame them. It takes a lot of energy to stand up against the reservation monsters of corruption and tribal politics.

For example, the story I did on how the Chief of Police’s employment was handled has been read by many people. I applaud Kevin Swalley for his courage in continuing to fight for the job he was hired for over a year ago. It isn’t easy standing up for yourself against an entire tribal administration. He is not alone.

Last summer, I had a conversation with a former tribal employee who resigned because he grew weary of the corruption and politics he witnessed for many years at his workplace. He told me some very interesting things about how federal property and money was being misused. He did post some information on social media. The result of his social media post prompted a discussion on cyberbullying at a tribal council meeting.

I didn’t see any evidence of cyberbullying in his social media post. I admired his courage in putting the information out there for us to read. We deserve to be kept informed about what is happening in our tribal programs. So, when directors and elected officials fail to tell their people what’s really going on, it’s generally up to you and I to provide information for everyone to read. We are the Rosebud Sioux Tribe. We all have a right to know what happens in our tribal programs and government.

Last week I got an email from an employee who was terminated from his job when he tried to file a complaint about his supervisor. His email stated in part “I applaud you for having the courage to tell the Oyate of the tribe the truth of what is going on. I would like to meet with you about another story which involves a corrupt director and a corrupt tribal president. I have all documentation to prove the entire story.”

However, the Rosebud Sioux Tribe Personnel Policies and Procedures does state in part: “The decision of the Tribal President to suspend or terminate may be appealed to either the Tribal Council (as scheduled by the Tribal Secretary) or to the Grievance Committee.” (p. 40)

There are also employee rights being violated every day in tribally chartered organizations. Some of the things that go on in our tribal programs and chartered entities would make you sick if you knew about them. I grow weary listening to wronged people tell me their stories.

Unfortunately, there are many people sitting in positions of power on Rosebud who lack personal integrity. Many of their actions are unethical. There are elected officials and tribal directors who condone wrongdoing.

The tribe tends to treat their own people very badly. This isn’t right. We must do right by our people. We could be encouraging our people to be honest and ethical in their jobs. But instead our excellent workers are terminated, in many cases for attempting to report wrongdoing in the program they work for. It doesn’t have to be this way.

We are responsible for showing our children how to do the right thing. But many of us are not acting very responsibly. It’s up to each one of us to ensure our tribe moves forward with integrity. Our children deserve adults who act ethically in all they do. It’s time to stop disappointing them.

If you believe you have been unjustly fired from your tribal job, I strongly encourage you to file a grievance. Don’t give up. Keep fighting for your rights, no matter how long it takes. Justice is often slow on the reservation, but if you don’t give up, things will work out in your favor.

The star players on the corruption and tribal politics teams are counting on you to drop the ball. They want you to give up your pursuit of justice. Don’t let them win. Karma always sees to it that people get exactly what they deserve.

One Response to “The Political Monster of Corruption”